March is the colour of daffodils and Seville oranges. The latter are almost impossible to track down where I live but abundant in Israel, where I was a week ago. The trees by the roadsides were full of oranges and I was tempted to buy another suitcase just to bring some home.

Knowing what you need, and more importantly how to find it, can be important in the kitchen but it is critical in the workplace. It is also something that most professionals struggle with from time to time in their jobs. While the technical aspects of a job rarely pose a problem, being happy while experiencing difficult interpersonal interactions, dysfunctional team dynamics, or when not feeling valued, can be strenuous. Having some tools to address these situations and the route we can take to alleviate them can be incredibly useful.

– Let them eat oranges: or you may have no control, but you always have a choice

– Working in teams: do you know what role(s) you take?

– The no jerk rule: or cab drivers, donkeys and how to hire candidates

Let Them Eat Oranges – Or You May Have No Control, But You Always Have A Choice

On my recent trip to Israel, I was struck by the abundance of Seville oranges. They are hard to come by where I live. However, despite being sorely tempted, I had to accept that taking some home was not practical. My dad picking me up at the airport on my return was amazed when he saw me: “You only have one suitcase?” His comment alludes to the fact that if I find something I cannot get at home, I will find a way to bring it back with me. In the past this has included plants such as mini leaf basil and sawtooth coriander, as well as chilli plant seeds and mauby bark. If need be, I buy extra luggage. However, I left the oranges in Israel, and brought back only fresh pita bread, herbs, spices and halva. You might well ask what my willingness to transport exotic groceries around the world has to do with business, but there is in fact a link. I flew to Israel to participate in a workshop with a group of coaches I am part of. During our conversations we discussed how individuals engage in teams, risk taking, and personality types. Unsurprisingly, entrepreneurial types are generally optimistic and will find solutions rather than dwelling on any problems. Hence, if there are no oranges where I am, I bring them back from elsewhere. It does mean that I often end up with a lot of luggage, but for me it is worth it. The reason this is business relevant is that this mindset applies to any area in life, including business. If a resource you value is scarce in your current environment, be it oranges, recognition, opportunities for promotion, etc, you have options. You can accept the scarcity, you can attempt to compensate for it in another area of your life, or you can move to an environment where the resource you desire is plentiful. Remember, you may not have control over a situation but you always have a choice.

Working In Teams: Do You Know What Role(s) You Take?

Team dynamics are fascinating. There are many parameters that influence how a team evolves and functions: culture, diversity, personalities, availability of resources, the business environment, etc. In today’s business culture, most individuals are part of a home team, with a specific function, as well as members of project teams that are formed and disbanded frequently. In order to be successful and happy in an organisation, it helps to think about how teams function and how we function in teams.

For example, when you think about the teams you work in, how aware are you of the role each team member plays? Not the title that you hold, but the role. What roles do the team members you know well typically take? How aware are you of the roles you typically take or are allocated? Are you able to accept these roles or decline them, consciously and graciously? Are you the leader, the follower, the mediator, the smoother of ruffled feathers, the challenger, the subject matter expert, the big-picture thinker, the troubleshooter? Do you always or often have the same role? Do you sometimes resent that role, or get irritated that nobody else takes it? Is it one you know from your private life, or your childhood? Do you have the flexibility to take on different roles? Are you willing to let someone else take the role you usually take? Might that ability be useful?

I would like to share a personal example. In the past, when my mother needed a solution to an issue, she would contact my siblings and myself. Often, I would provide an immediate solution. Then I would be annoyed that nobody else had addressed her request. When I asked my mother about this she said, “Well, yes, you do it so fast nobody else has a chance to even start trying to solve it. And of course as we are so used to you doing it, and we know you will do it well, I think we all just tend to wait.” Once I was conscious of the fact that I liked being the problem solver, and that it was a source of personal pleasure to be able to provide an immediate response, I was no longer irritated but accepted that when I take a step back, I give others the opportunity to step up. But first I had to realise what I was doing. It’s worth thinking about. Naturally, when you have taken a role for a long time and you decide not to fulfil it any longer, that may be a source of some friction for a while, but it is something worth experimenting with.

When projects are running well, teams are typically functional. However, when pressure on the group increases, tension mounts. And when individuals are under pressure, difficult behaviours often become more visible. In these types of situations, such as a team under pressure or one individual behaving in a challenging way, it is tempting to make that individual a scapegoat because it is easier to blame a dysfunctional team on the behaviour of one person instead of looking further afield for a root cause. However, as with any problem, when solving individual and team-related challenges, it is risky to look at things in isolation.

The image illustrates that, while tempting, it can be misleading to judge a situation or an individual in isolation. If you have a team that is dysfunctional, or an individual who is exhibiting undesirable behaviours, it is a good idea to assess the situation in context and ask some questions. Are roles, responsibilities and expectations clear? Are individuals empowered to perform their jobs, and is their sphere of influence clear? Are hierarchies and reporting structures clearly communicated and is it possible to function within them? For example, someone working in a local role, who reports directly to their local GM but also has a dotted line reporting relationship to a global or regional function, may struggle to meet disparate expectations. Often, when a team is under strain, individuals will react in different ways, depending on their personality. Some may withdraw, some may do the bare minimum, others may take on more work than they can handle and become resentful. In this situation, it can be tempting to lay the blame of the dysfunction at the feet of a single team member. However, if there is in fact a systemic issue causing strain on a team, then removing one individual will not offer resolution. More likely than not, once that person is gone, another team member will take their place. In conclusion: interpreting an image, a perception, a behaviour, in isolation is always dangerous and will in most cases, not solve your problem.

The No Jerk Rule: Or Cab Drivers, Donkeys And How To Hire Candidates

Recently I took a cab. The cabbie was agitated because of an experience with a previous customer. Apparently, the customer got in and before even settling into her seat, she said, “Why are we still standing here? Why aren’t you driving yet?” The driver replied that he was programming his GPS. He said to me, “It felt dehumanising, as though I was a donkey, and the passenger was cracking the whip. I also felt as though she thought I was trying to cheat her into paying more for her ride because I was slow off the mark.” He asked the customer to leave his cab. Later in the week in a discussion on hiring great candidates someone said, “We have a no jerk rule in my company, we only hire candidates with nice personalities, who are also talented and competent. Being brilliant is not enough.” When asked how you can ascertain this in an interview, the answer was, “It isn’t easy because an interview is such an artificial environment; however, you can observe how they treat the front desk staff, the admins, or waiting staff in restaurants.” Or, I thought as I listened, cab drivers. The old saying goes: ‘You cannot not communicate’. Every action, every gesture, every word, every silence, communicates who you are and what you stand for. When interviewing candidates, it is worth being aware of all the small ways in which they tell you who they are. Likewise, when you are interviewing a potential employer, take what is said and what is unsaid into account when making your decision, not only the final offer, if you receive one.

I hope, as ever, that my blog provides you with some useful insights. I look forward to hearing your thoughts. And of course, if you have a challenging project or would like to discuss coaching, perhaps the piece on roles and responsibilities has made you think and could help you achieve that next level. Do reach out and we can arrange to chat.

Photo of tree by Ashim D’Silva on Unsplash 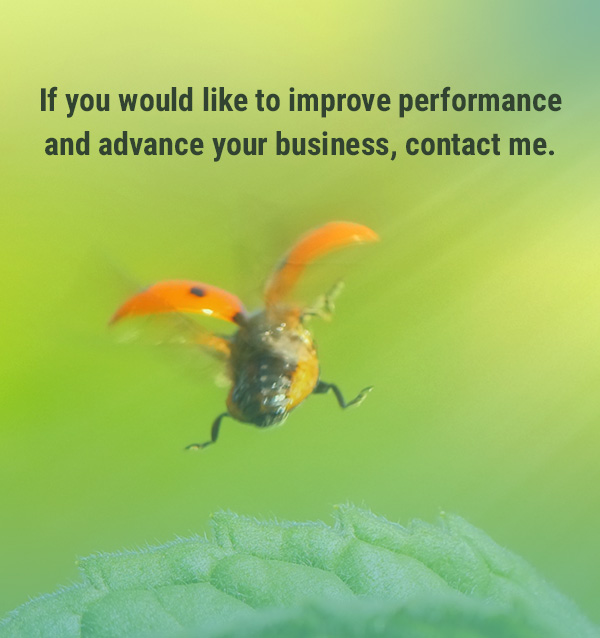